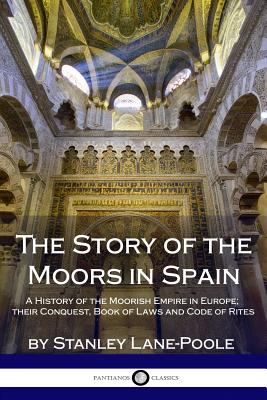 By Stanley Lane-Poole
Email or call for price

This fascinating history book details the Moorish arrival, conquest and rule over Spain and the Iberian peninsula in Europe.
We hear of how the Moors arrived and conquered the Iberian peninsula, remaining for some 800 years. Tariq ibn-Ziyad, arriving in 711 AD, began an upheaval never before seen in the European continent. The Moorish brought industriousness and commerce, a sophisticated code of laws, beautiful architecture, and outstanding scholarly achievements in astronomy and mathematics - together, these would forever shape the culture of Spain and Portugal.
To this day, the Moorish culture is readily evident in Spain. Lane-Poole charts the various turning points in Moorish rule; their lengthy stay in Europe was punctuated with battles. In the later Middle Ages, the ascendant forces of Christendom would prove increasingly powerful - the fall of Grenada in 1492 marked the effective end of their presence. However, their many mosques and beautiful constructions such as the Palace of Alhambra are extant testimony to the Moor's splendor.
Stanley Lane-Poole was a historian and archaeologist who worked in partnership with the British Museum for eighteen years. Specializing in Middle Eastern and North African culture and architecture, it was through years of painstaking study and compilation of existing documents that the author was able to compose this, and other histories.