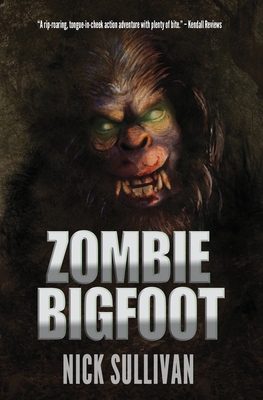 The truth is out there... and it will eat your face.

"Bigfoot is real." That's what Sarah's father told her before his academic disgrace and untimely death.

Now, primatologist Dr. Sarah Bishop is eager to restore her father's good name. Survival show host Russ Cloud is just as eager to boost his plummeting ratings. They'll both have a shot at redemption when they find themselves hired by eccentric billionaire Cameron Carson. After a series of his publicity stunts end in spectacular failure, Carson has a plan to redeem his tarnished image: capture a live Sasquatch.

Sarah and Russ join an expedition with an eclectic crew: an Afrikaner safari hunter, a 'roided out former wrestling star, a Shoshone master tracker full of surprises, a heavily tattooed Russian warrior woman, a pair of wise-cracking nerds, and a cute gum-chewing intern with some hidden skills. Will they find Bigfoot?

There's something in the woods... but it's not what they're expecting.